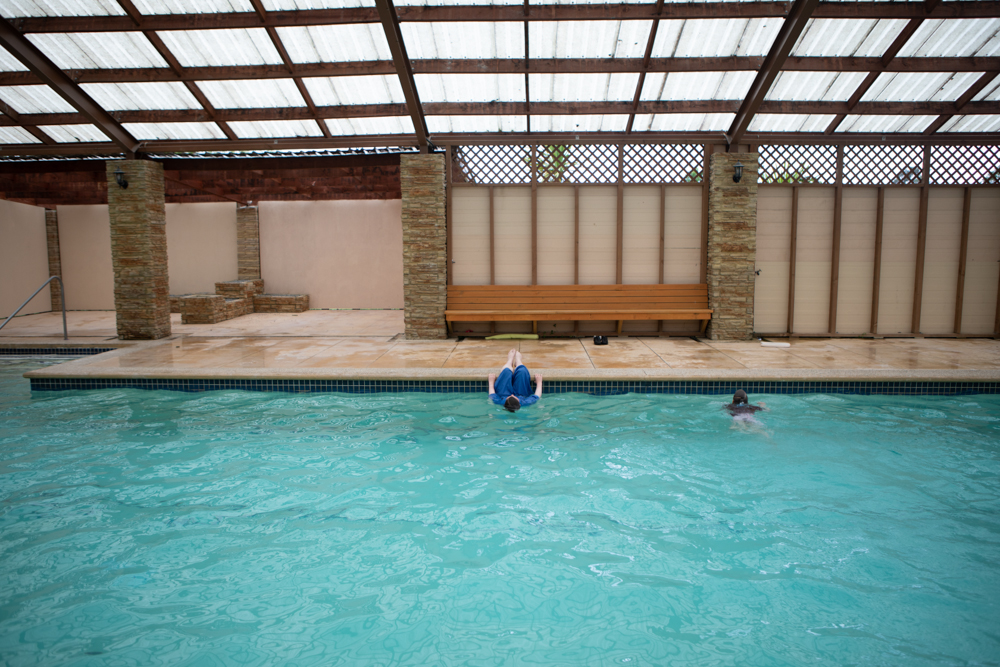 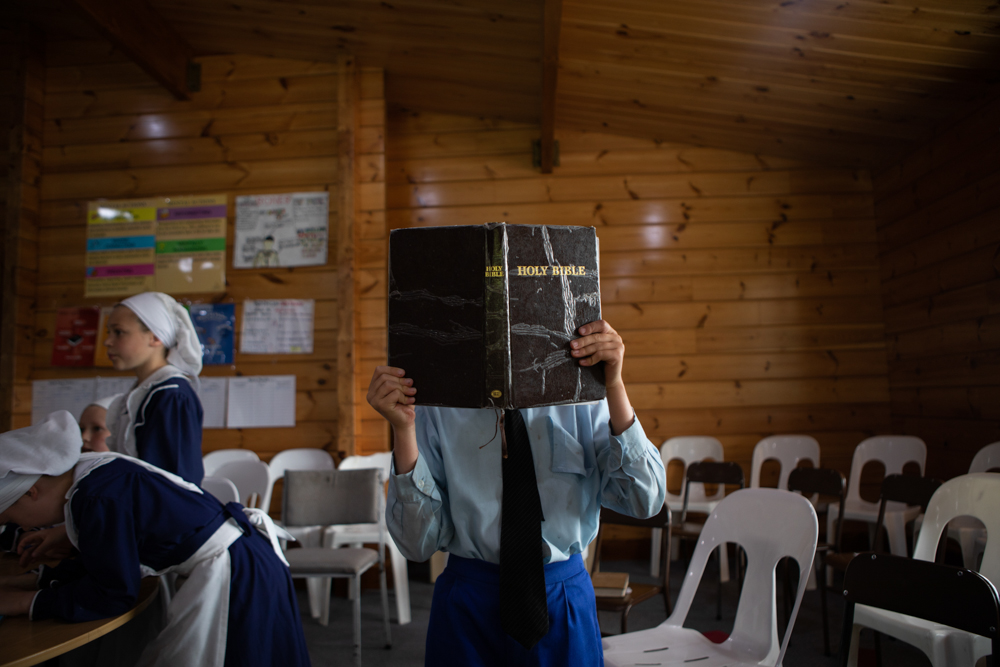 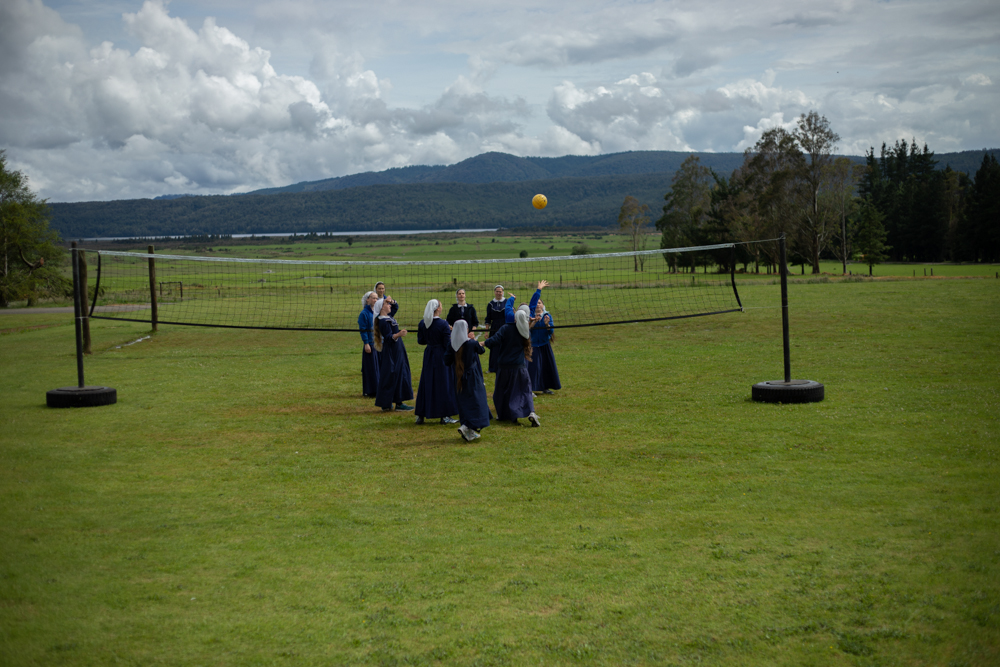 “BLUE IS THE COLOR OF THE SKY” 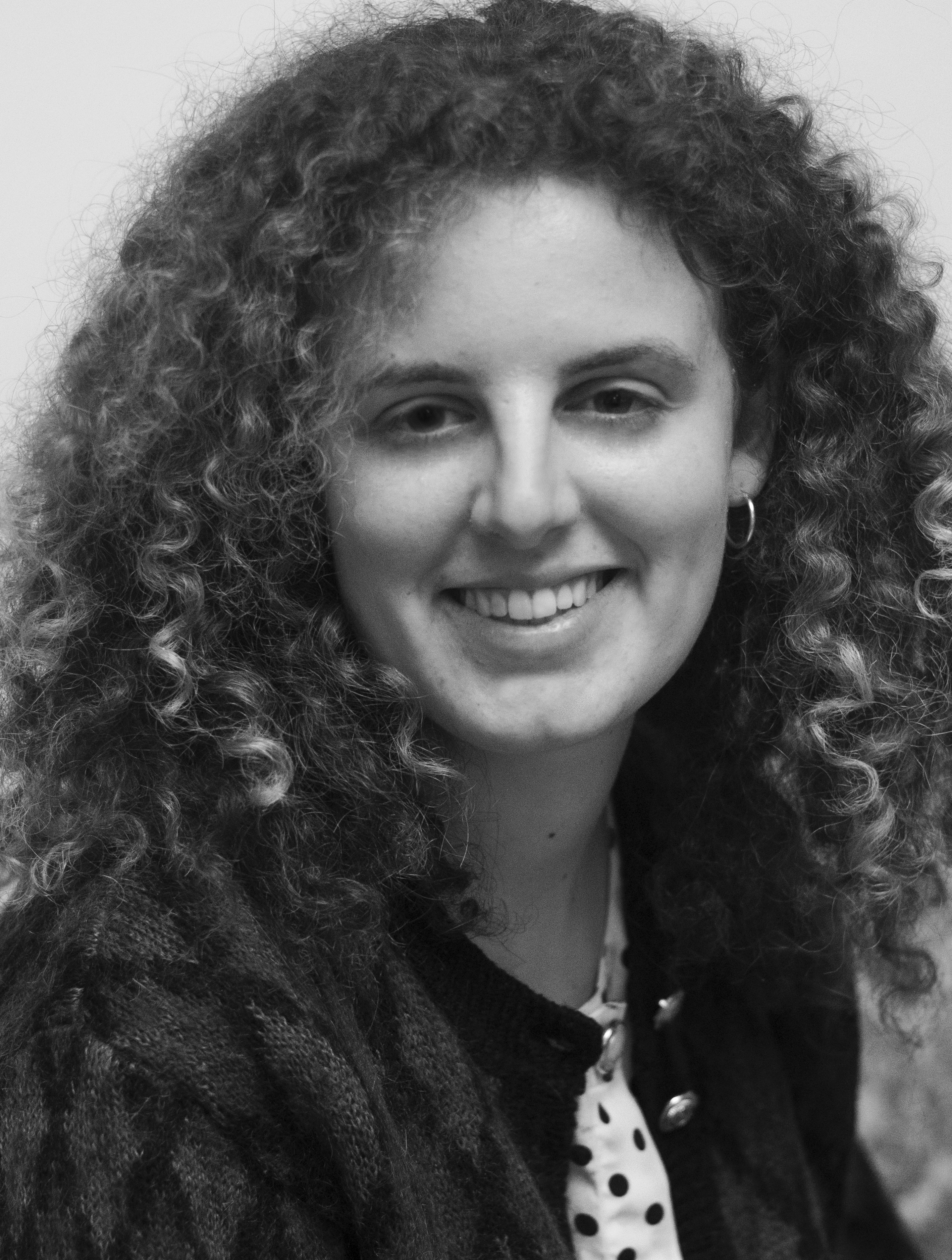 “BLUE IS THE COLOR OF THE SKY”

Gloriavale is a highly conservative Christian community made up of 600 members that live in an isolated area of the western part of New Zealand’s South Island. Members of the community are notable for their blue clothing. Their lifestyle is extremely frugal.

Gloriavale was founded by an evangelist priest who wanted not only to preach the word of God but to put it into practice. The use of contraceptives is forbidden and weddings are often arranged. As a consequence, the community has one of the highest demographic growth rates anywhere in the world: it is normal practice that a woman from Gloriavale brings into the world more than ten children, helped by two midwives that live in the community.

Relations with the rest of the population are kept to a minimum: these are mostly of a commercial nature, given the wide variety of goods Gloriavale produces and sells, from milk to animal feed, and even cosmetic products. The members of the Gloriavale community do not have a salary: profits from the various activities are reinvested to provide the community with everything it needs. The administration of the community is that task of the menfolk, divided into two categories – shepherds and servants – and they are solely responsible for managing the community.

Members are inspired by a rigid work ethic, according to which they work an average of ten hours a day. The womenfolk, who are often either pregnant or nursing infants, are given less physically demanding tasks in the kitchen or laundry. Members of the community have the right to one week’s rest each year, to be spent in one of the structures that the community owns. People reside in hostels and it is not uncommon that the same room is shared between ten or more siblings.

The inhabitants of Gloriavale live a life of sacrifice, in the hope of spending eternity in heaven. Everybody can join Gloriavale, after a trial period.

Marta Bortoli is a freelance photographer. She is interested in social and environmental topics. After a degree in Development Planning from UCL, she worked in the communication sector of several NGO’s before deciding to pursue her photographic career. She is currently studying for an MA in Photojournalism at the University of Arts London and is based between Venice and London.

During the 2019 IMP Festival edition, Marta got the Photojournalism Prize from Italy Photo Award 2019, “for her ability in recognizing an interesting subject and putting together the necessary relationships to get close to the people involved, always keeping a curious gaze. With the typical social reportage narrative style, her work shows a glimpse of culturally far realities with a non-judjemental approach”. 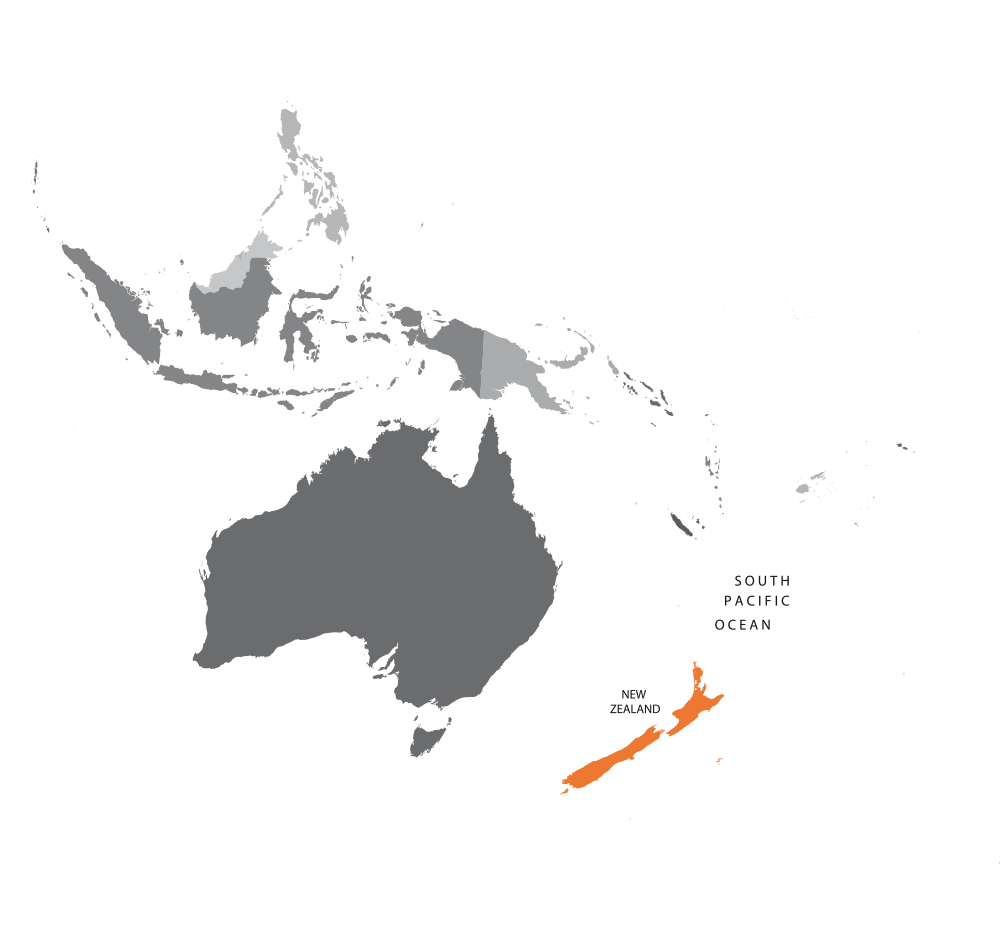