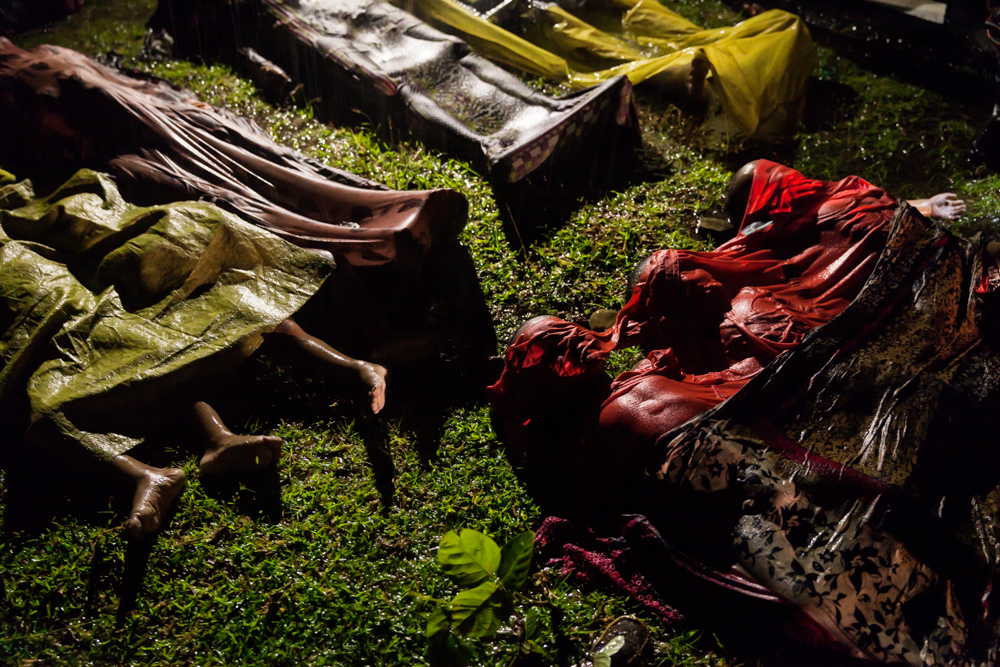 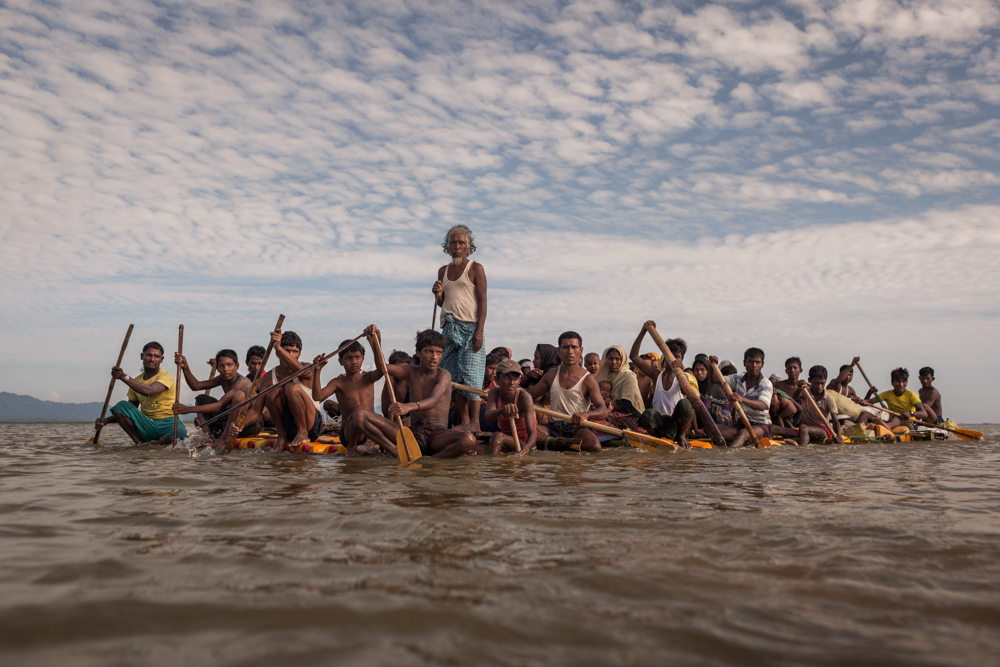 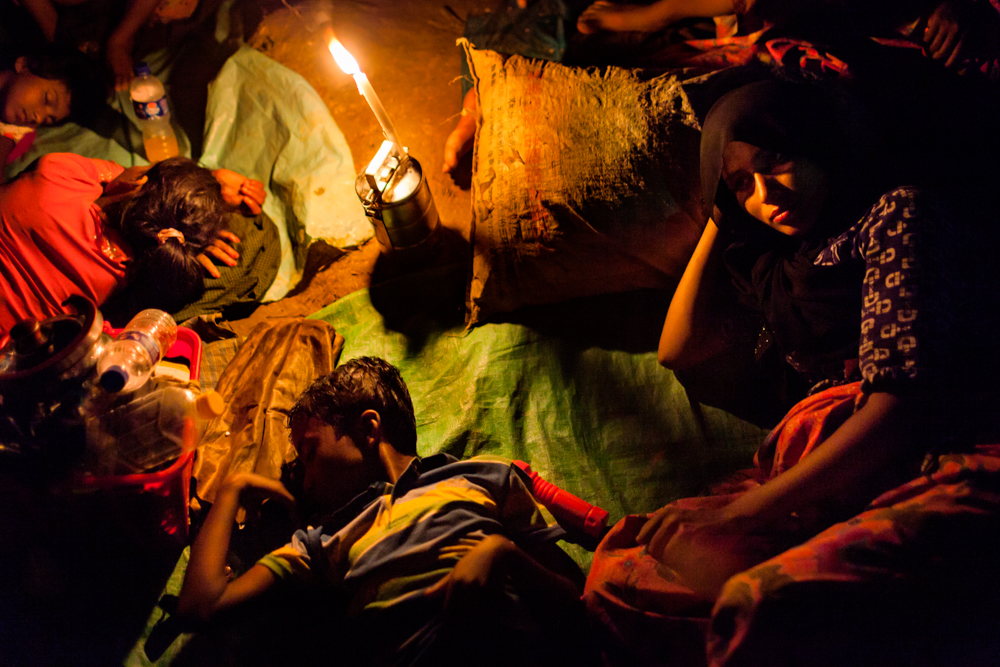 “no place on earth” 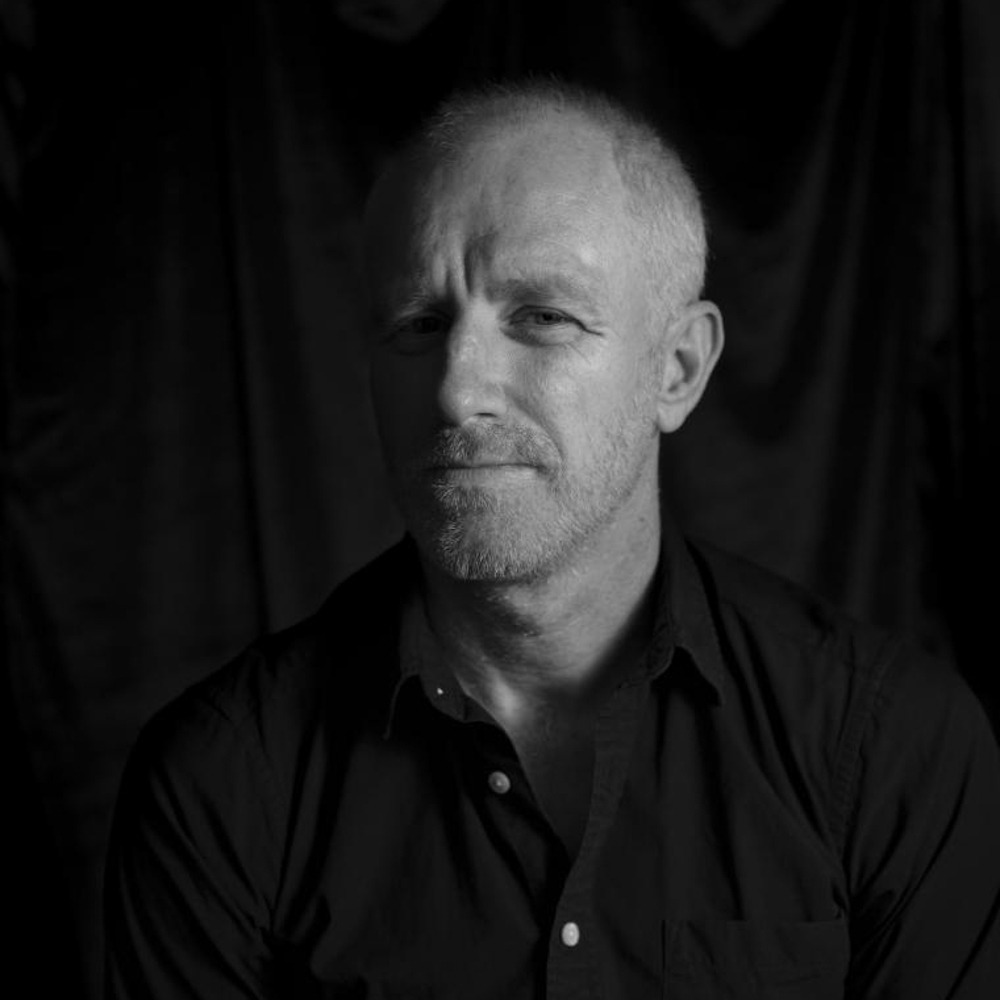 “NO PLACE ON EARTH”

“In late August 2017, I starting hearing reports from friends and colleagues in Bangladesh that Rohingya Muslims, were flooding across the border with horrific stories of mass murder, rape and arson perpetrated by the Myanmar military and vigilantes. Access to Rakhine State has always been severely limited by the Burmese Army, and there was no information coming out of the area at the time. I booked a flight to Cox’s Bazar.

Although I’ve worked in tough environments before, nothing could have prepared me for the raw misery I saw and heard over the following months: orphan children carrying their younger siblings through flooded paddy fields; wounded men and women who had walked for 10 days with nothing more than their shirts on their backs. Soon the hundreds of desperate people became thousands, and then tens of thousands, then hundreds of thousands. Amid the crush of humanity and gathering monsoon rains, they tried to make shelters – using their bare hands, bamboo, scraps of tarpaulins – anything that could give them some cover”.

Today, the refugee camp in Cox’s Bazar is the world’s largest –a city of nearly a million people, more densely populated than Manhattan and the size of Copenhagen. Trapped on the edge of a foreign country and rejected by their ancestral homeland, the Rohingya have nothing their but their will to survive and whatever support we provide for them. Their needs are total: for clean drinking water, schools, health care, jobs. But most of all, a safe and dignified place to call home.

Australian photographer Patrick Brown has lived and worked in Thailand for nearly 20 years.
Born in Sheffield, England, Patrick spent his childhood moving to the Middle East and Africa before his family finally settled in Perth, Western Australia. On leaving school, Patrick taught himself photography while working as a set builder for theatre and ballet where he honed his photographic skills capturing the action on stage. However, he found himself increasingly drawn into documentary photography and 1994 Patrick decided to return to Africa. He spent six weeks in Malawi documenting the work of a remarkable Australian surgeon Robert Weedon who had once saved his own life. Returning home, his photos soon became a major exhibition and won him the Australian Kodak Photographer of the Year award. Inspired by this success Patrick left for Asia in 1999. He has since made Thailand his base, devoting himself to documenting critical issues across the Asia region often ignored by the mainstream media. His major project on the illegal trade in endangered animals won a World Press Photo award in 2004 and a multimedia award from POYi in 2008. Continuing to work on the subject, his book ‘Trading to Extinction’ was nominated in the 10 best photo documentary books of 2014 by AmericanPhoto. Patrick is the recipient of the 2019 FotoEvidence Book Award with World Press Photo, 3P Photographer Award, World Press Award – a 3rd place, Days Japan Award, Picture Of The Year Award, and NPPA’s Best of Photojournalism Award for his work. His work has been exhibited at the International Centre of Photography in New York, the Metropolitan Museum of Photography in Tokyo, and Visa pour l’Image in France. His photographs have appeared in The New Yorker, TIME, Newsweek, Vanity Fair, National Geographic, Mother Jones, Stern Magazine, Der Spiegel Magazine, Marie Claire, New York Times, Aperture, GEO Germany, International Herald Tribune. He has also worked with Amnesty International, Human Rights Watch, The Red Cross, Unicef and World Vision. Patrick has been represented by Panos Pictures since 2003.