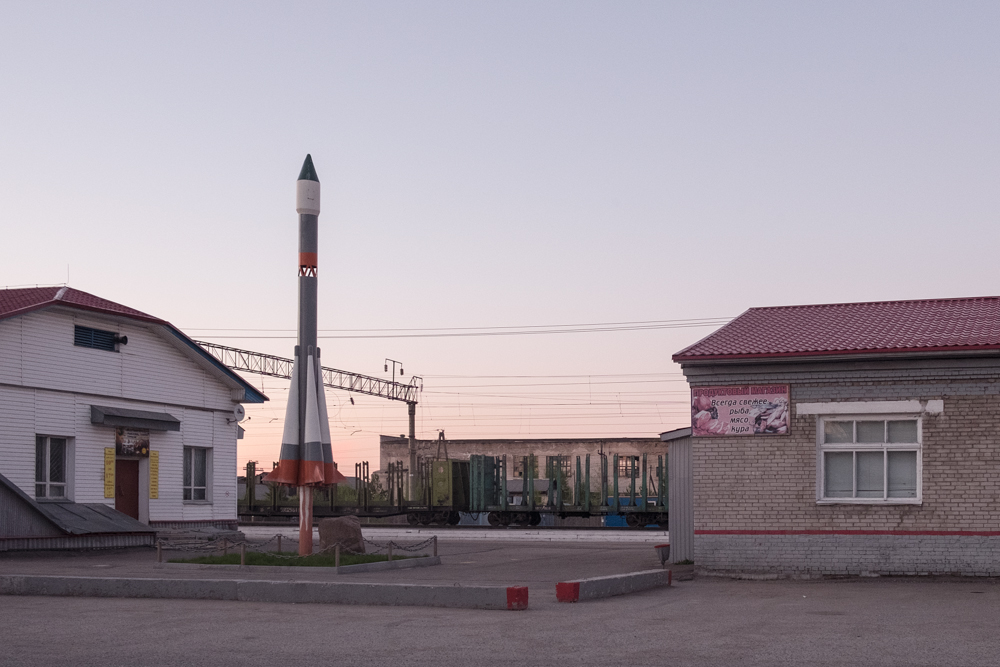 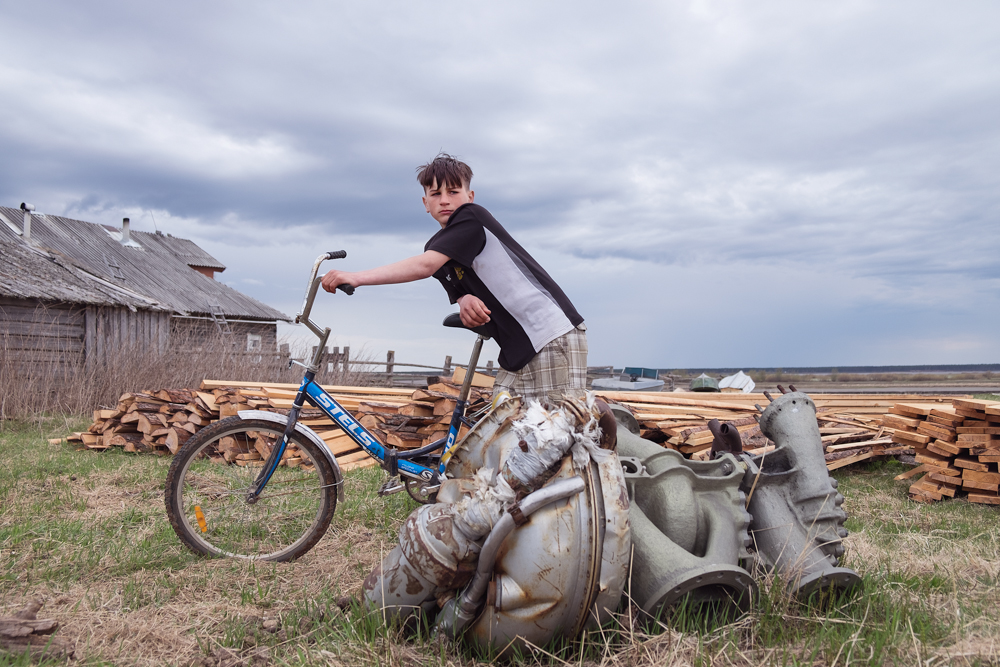 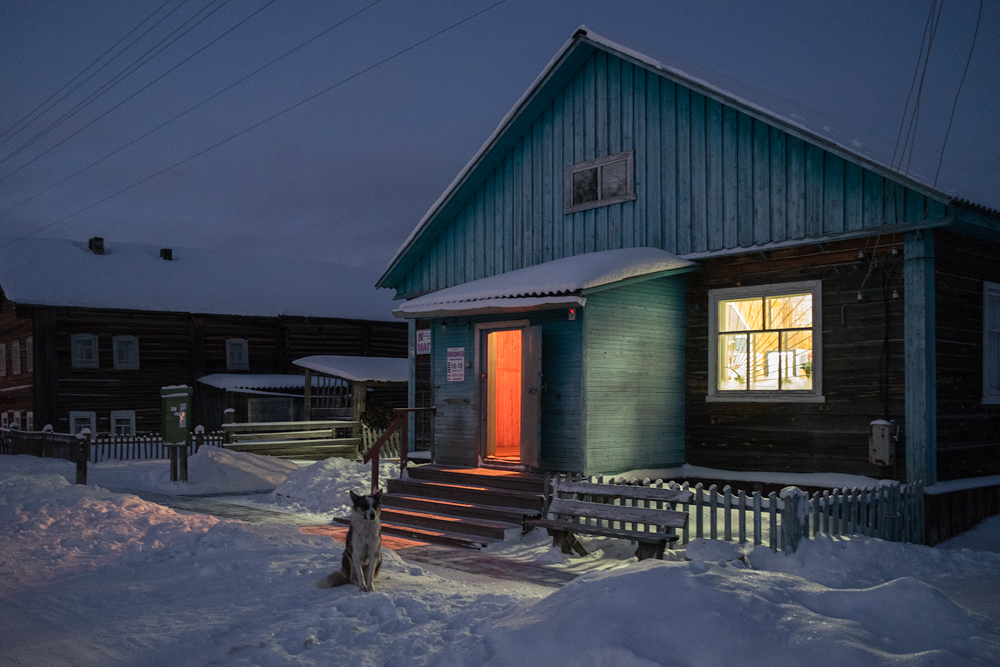 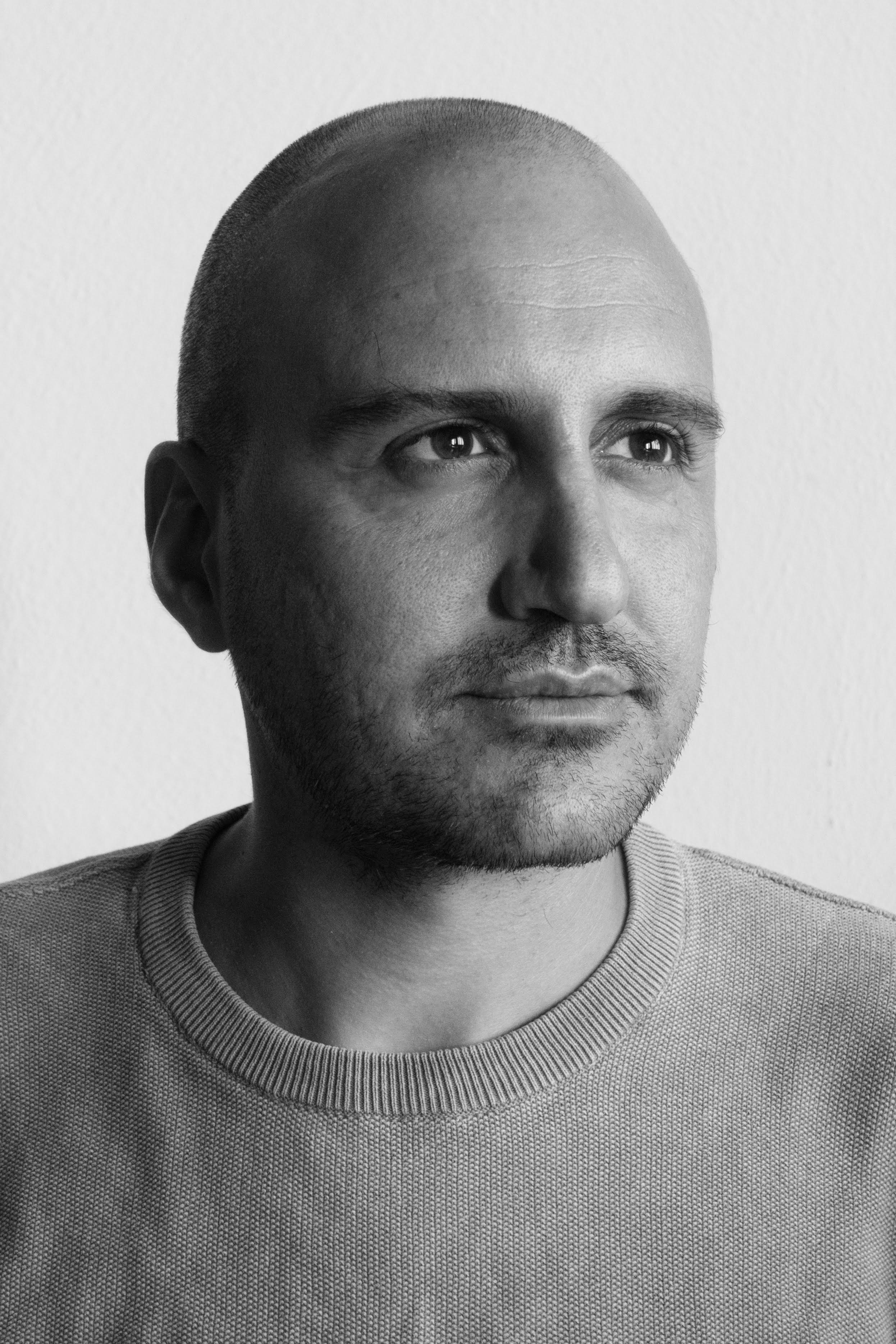 Restricted military area of Mezen. 300 km from Arkhangelsk and few kilometers from Polar Circle. In this hostile territory, where environmental and climatic factors make everyday life hard and strenuous, computing errors in the trajectories of satellites from Plesetsk’s Cosmodrome become an unexpected resource. About 1500 km North of the launch base, between forests and tundra, there is a populated area of about ten villages. The inhabitants of this area, who base their own survival on hunting and fishing, are used to build daily life objects – mostly sledges and boats called

with the collected fragments of space rockets. They even make

illegal business of the internal components as gold and titanium. Recovery operations take place during the winter, in which the river beds freeze and make roads more easily passable with sleds and cars.

Before the collapse of the Soviet Union, the most important space base was Bajkonour, now belonging to independent Kazakhstan: after the second half of the ‘90s, Russia has increased the launches from the Plesetsk base to avoid paying the rent to Kazakhstan. For many years this spaceport was kept secret. Only in 1983, the Cosmodrome was officially mentioned for the first time in the national press of the USSR.

From Plesetsk, many of the navigation satellites, the weather satellites, and the majority of the military satellites are launched for a wide range of purposes. Since 1997, more than 1,500 launches took off from this site. At launch, each satellite is supported by four propulsion rockets that, disengaging when it reaches orbit, finally fall on earth: according to the official trajectories, fragments should land in the Arctic regions because poorly populated. ln many cases, however, they affect the most populated areas in the South.

A highly toxic chemical compound called Unsymmetrical dimethylhydrazine is used as a propellant. According to the local testimonies, many cases of cancer are occurring in the area.

Raffaele Petralla is a documentary photographer who graduated from the Scuola Romana di Fotografia in 2007. After a few years of experience in the film industry as D.O.P and light technician, he decided to devote himself entirely to documentary photography, paying particular attention to social and anthropological issues. His personal works have been published on the main media worldwide including National Geographic U.S.A., Geo Magazine, New York Times, Internazionale, L’Espresso, Bloomberg, The Washington Post, The New Yorker, D Repubblica settimanale, Days Japan, De Morgen, VICE. Petralla has received many awards and nominees including PDN storytellers, Burn Emerging Fund, Premio Fotografia Etica, Moscow Photo Awards, Organ Vida, Lugano Photo Days, Verzasca Foto Festival, Premio Voglino, Prix ANl, intarget Photolux award, Portfolio Italia 2019. Since 2015 he has been a member of the Prospekt Photographers agency. He is a teacher of documentary photography at the Centro Romano di Fotografia e Cinema and at the Spaziotempo School of Photography in Bari. He is one of the founding members of the Ulixes Pictures collective. 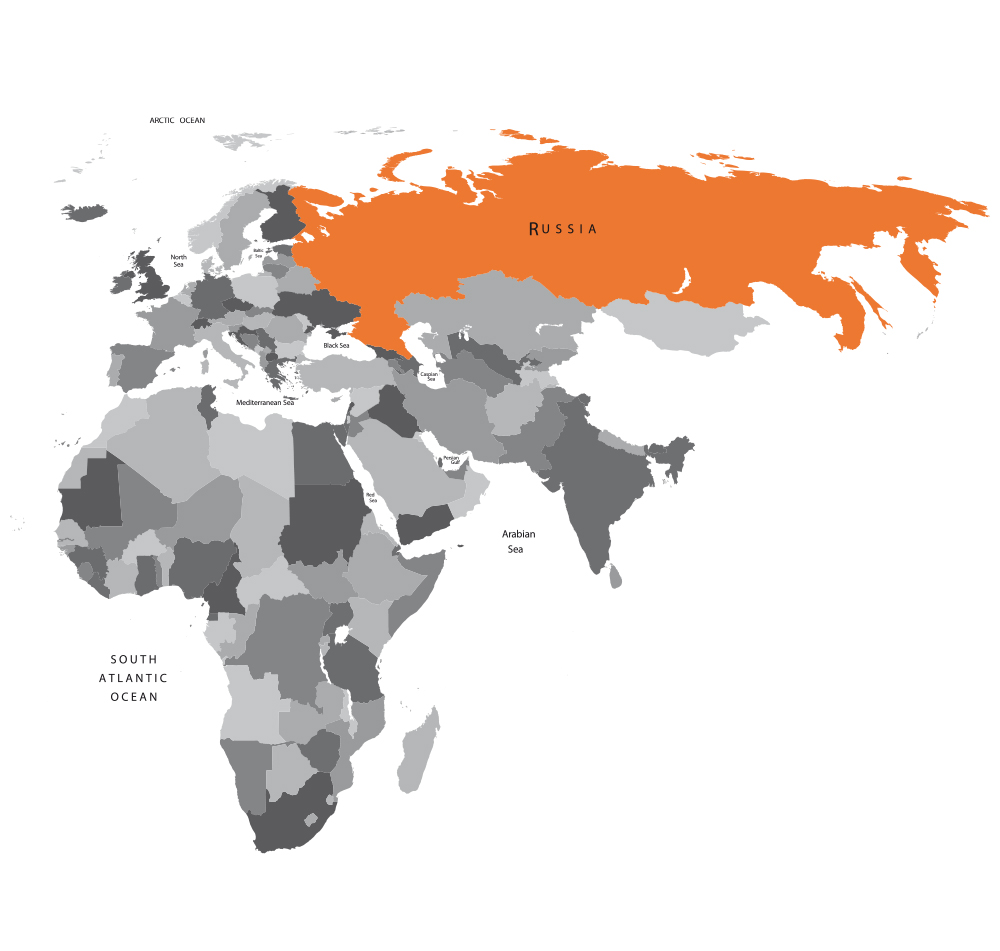