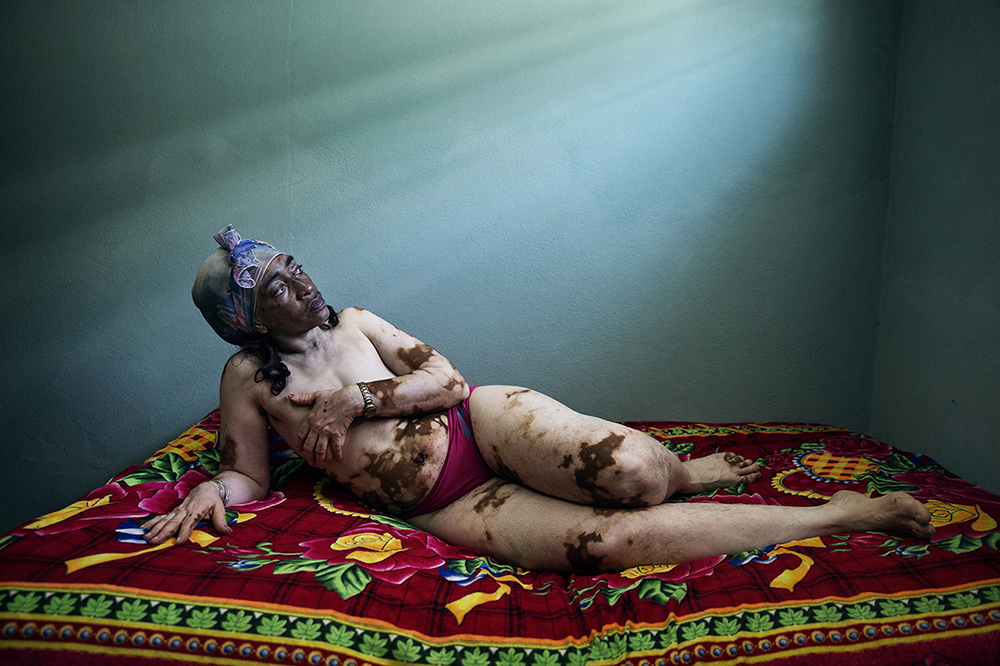 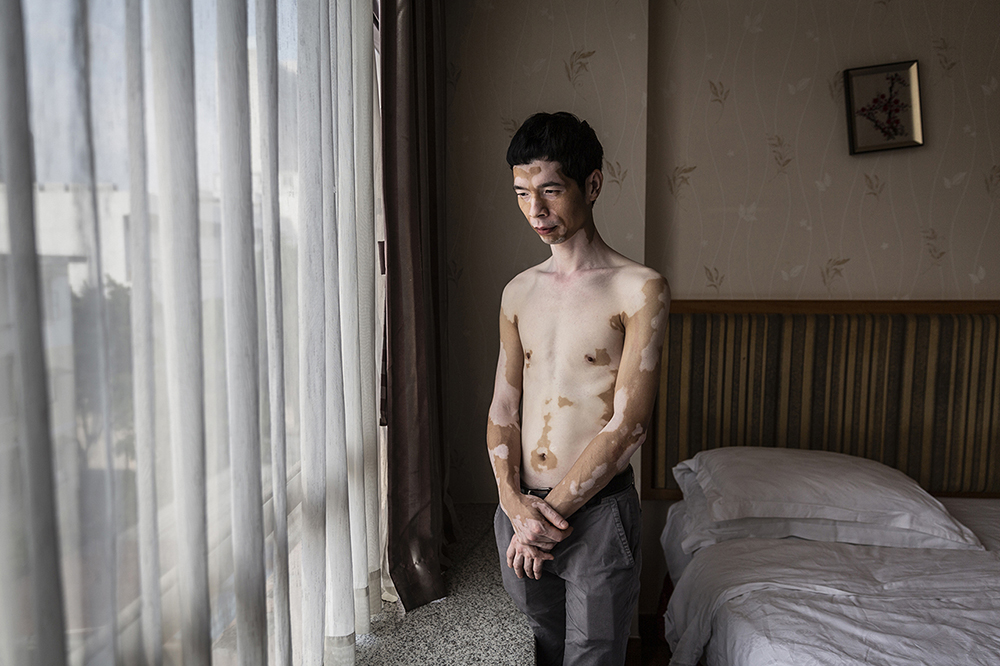 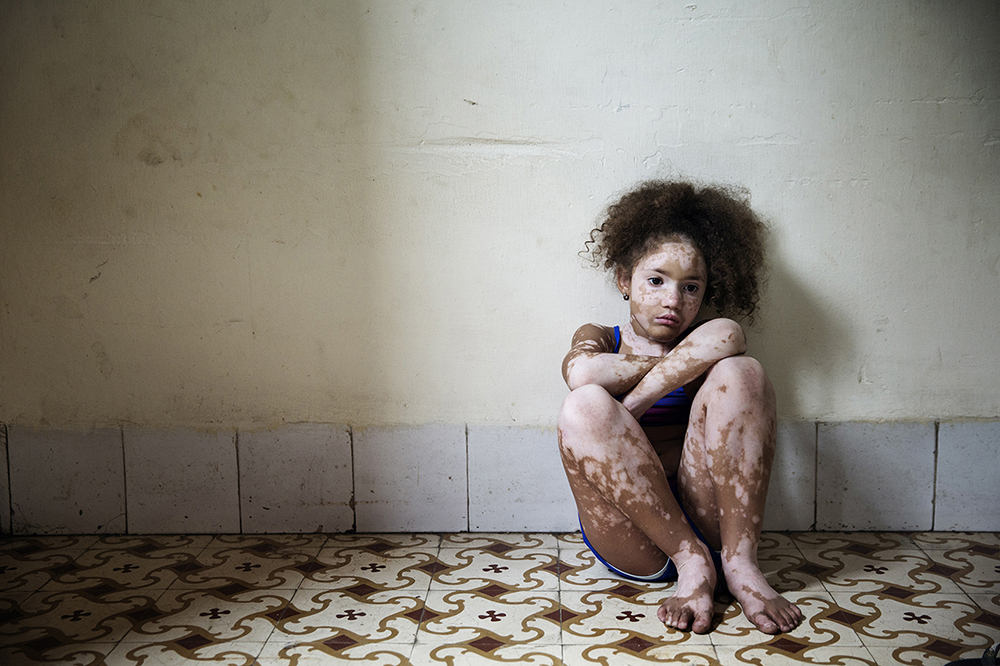 VITILIGO is a series of environmental portraits that allow us inside a private dimension, one which is often painful and, too often, rejected. Vitiligo is a chronic condition characterized by depigmented patches of skin due to the loss of melanocytes. It affects 1 to 2% of the world’s population regardless of age, sex or ethnic background. At the same time, the exact causes of the disease remain unknown. I have met and photographed people across five countries: India, China, Denmark, Cuba and Italy. India, China and Denmark are the three countries with the highest incidence of vitiligo (in the Gujarat region, India, it reaches 9%). Cuba deserves attention because of a treatment product based on human placental extract. Italy because several people in my family are affected by vitiligo.

VITILIGO inevitably raises questions about beauty, identity, and change. The emotional effects of stigmatization can be devastating – low self-esteem, anxiety, or even depression. In other words, the impact of vitiligo goes way beyond the skin. Sufferers undergo a physical and psychological change because the condition can adversely affect their social interactions, romantic and sexual relationships, and career. This partly explains why one of my guiding principles for this project has been to capture an authentic image of my subjects, all of whom overcame their biggest hurdle – the gaze and judgment of others – and, with great courage and humility, showed themselves as they are, restoring to their bodies the personal dignity they had lost. Showing their bodies was not easy for them, but they have demonstrated an ability to accept themselves and their diversity by doing so.

Rosa Mariniello, born in Ottaviano (NA) in 1970, is a photographer based in Rome. She studied Architecture at Federico II University of Napoli.

She worked several years as architecture photographer in Napoli.

Artist for ‘Doni’ Collection for Imago Mundi Project in 2016.

She is working at the projects: Urban Trip(le)s, Vitiligo, Lucania, The Suspended Youth e At km 5.6;