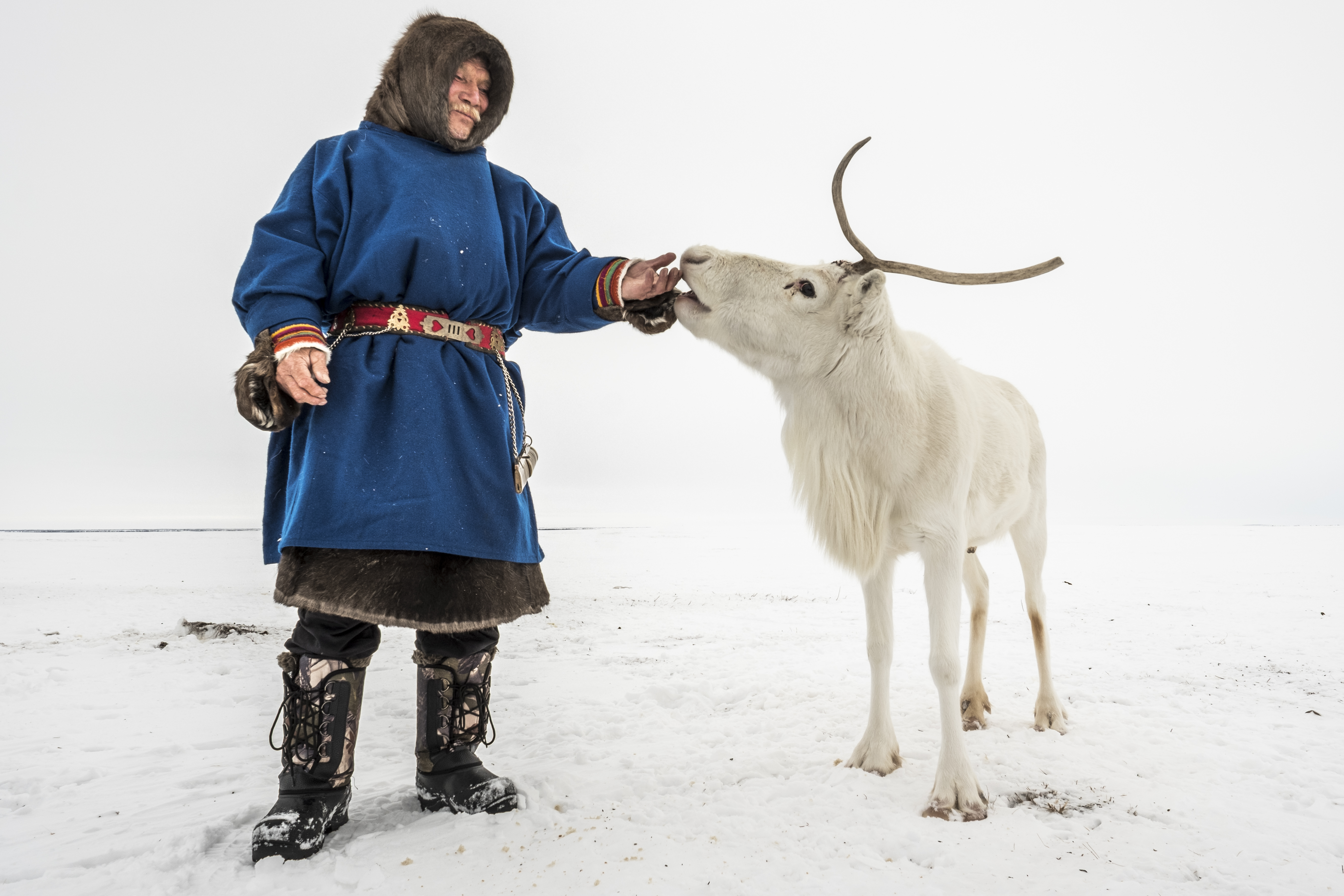 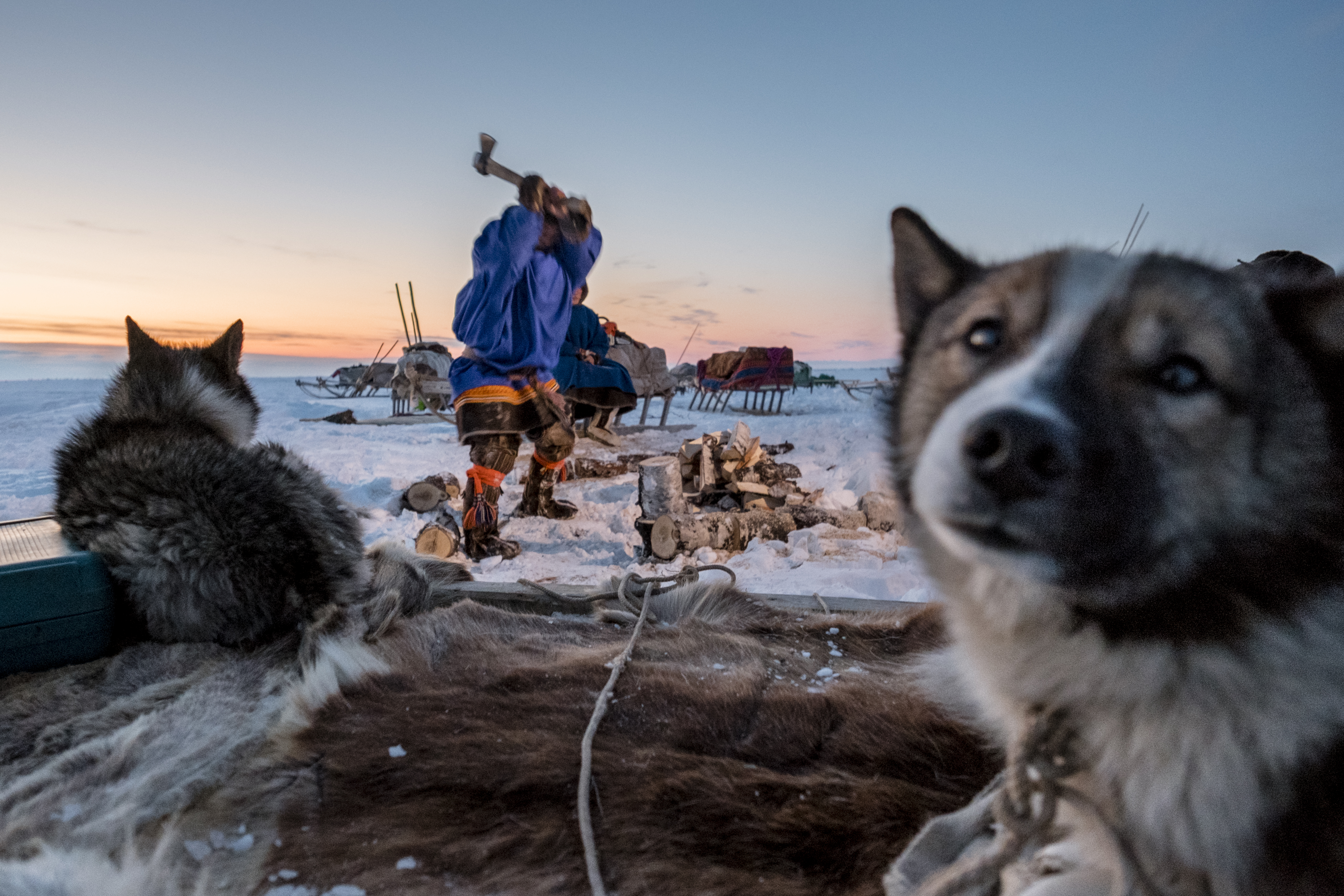 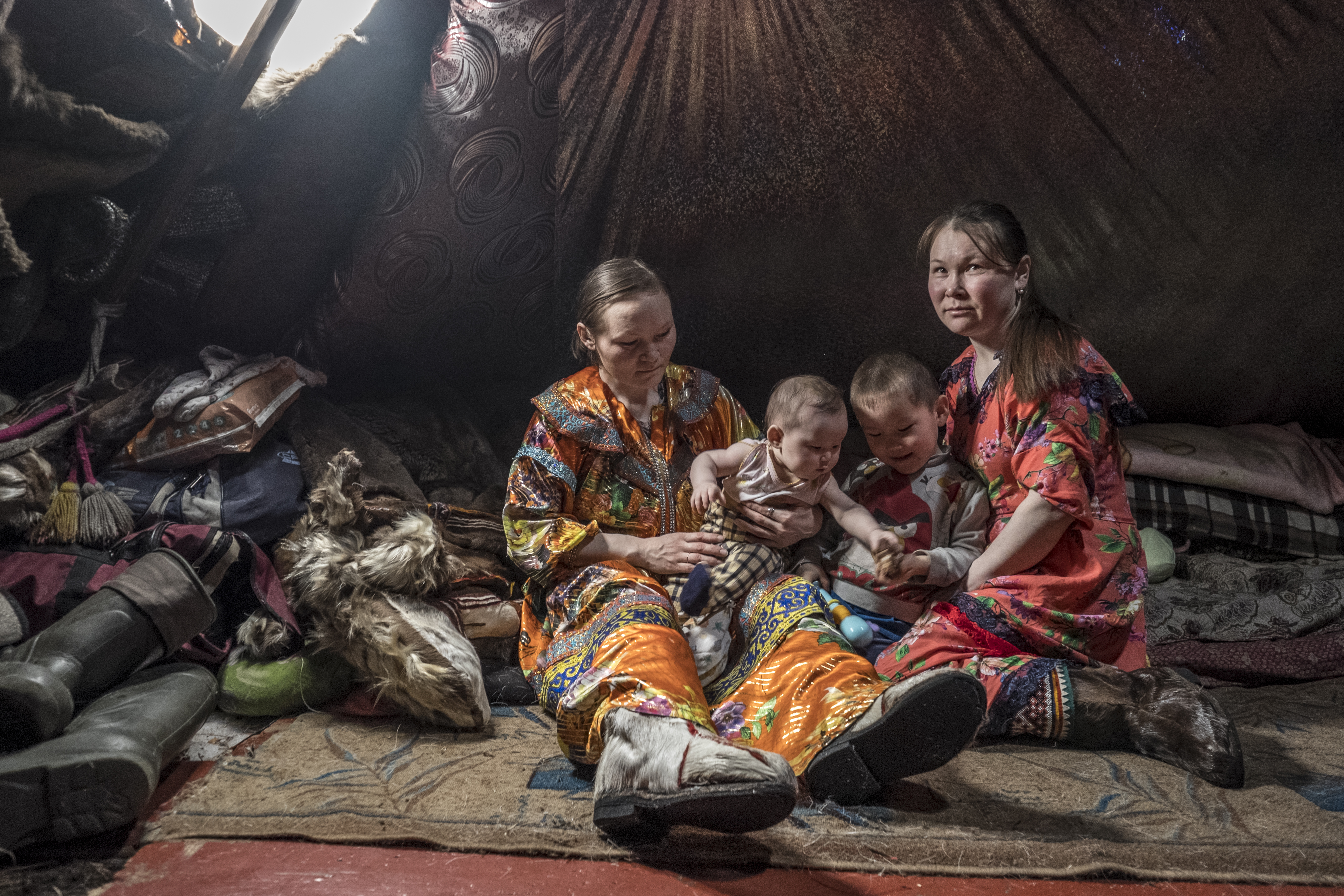 The Nenets are nomadic reindeer herders and represent a Siberian ethnic minority that counts less than 50,000 units. They live in the Yamal peninsula, which in the native language means ‘the end of the world’. This is exactly what it feels like in the tundra, one of the few places in the world with an inhospitable environment, where temperatures can reach -50°C. Under extreme climate conditions, the Nenets make a year-long migration that takes huge herds of reindeer that takes huge herds of reindeer from the summer pastures of the North to the winter pastures just below the Arctic Circle. Covering more than 1,000 km, the Nenets’ migration is one of the longest in the world.

With this photographic work, I would like to tell the story of Pavel and his family, with whom I lived for an entire week. It is a story that is similar to that of all the nomadic families in Yamal: nuclear families still speaking the traditional language alongside Russian, whose knowledge dates back to the Stalinist period. The state imposition of the language has also given them the choice of staying in the tundra or living in the comforts of a city.

I’d like to tell the story an ancient way of life, a culture that survived a turbulent history and now has to face the dangers of the present days represented by climate change and the invasive exploitation of the immense deposits of natural resources in the peninsula.

Born in 1973, Sara Bianchi has always been passionate about reportage photography. She likes discovering new places but, above all, getting to know people with lifestyles very different from hers.

Over the years, she has participated in several exhibitions, both personal and collective. She won important awards and obtained excellent placings in national and international competitions (Sony World Photography Awards, HIPA, Siena International Photo Awards, etc.) besides the publications in international magazines.