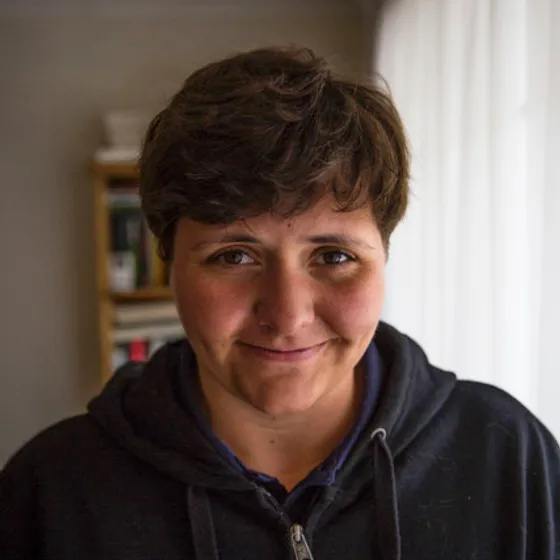 In Honduras having a different kind of sexual orientation or gender identity exposes people to danger and discrimination. This condition of vulnerability is worsened by the conditions of general violence inflicting Honduras, a country where 92% of killings get unpunished. In 2017, there have been 34 murders of LGBTQI community members, according to the observatory on violent deaths of the Honduran organization Cattrachas.

This reportage is a journey into Darwin’s life, a 22-year-old boy, who is gay and a transvestite who goes by the name of Briana. He and his brother were sex workers. That is almost the only option you have when you are poor, gay, and need to find a way to make a living to work and support yourself and your family. His brother, Marco Tullio Montoya, was murdered on April 2nd, 2017. He and Darwin were working on a Friday night as usual, when Darwin left his brother waiting for him while he met a client. When he came back he could not find him. Marco, whose woman name was Sherlyn, was found dead two days later wrapped in plastic on the side of an alley not far from his home. His body had signs of torture and chocking.

Darwin explained how a week before his brother’s assassination, the local gang “offered” them to sell drugs for them. Darwin and his brother refused, and seven days later Marco’s corpse was found. It surely was a so called “hate crime” linked with homophobia because of the level of cruelty inflicted on Marco’s body, but this story entwines with the harsh reality of violence and tension linked with the high level of criminality and impunity with which many Hondurans have to coexist , and from which very often they escape.

Darwin was very close to his brother and tries to live on, honoring his memory by being the person he is, but in the meantime he’s suffering from great loneliness, fear of death and acute state of depression.

In Honduras despite the abuses, many of the LGBTQI members try to live with their identity and by doing so they aim to show the people a reality which they can’t look away from.

Francesca Volpi, born in 1985 Brescia – Italy, is an independent photographer who through personal stories documents the humanitarian consequences of conflicts, exploring how the contexts of war, socio-economic disparities and climate change affect people’s lives.

She began her career as a journalist. After graduating from London College of Communication, she worked for the BBC International Service Europe Today Radio Program, then she started her career with her first photographic reportage experience in the South-Kivu region in the Republic Democratic of the Congo.

She approached the world of photojournalism in 2013 when she documented the deposition of late President Morsi in Egypt. In 2014, she embarked on a freelance journey starting from the Maidan Revolution in Kiev, the annexation of Crimea to the war in eastern Ukraine where she had worked for two years.

Francesca prefers long-term jobs that allow her to linger and deepen her knowledge about the places and themes of her work. In 2016, she moved to Mexico and Central America where she began an in-depth documentation of Honduras. She was, indeed, looking for a different photographic narrative, dealing with ‘micro’ stories that helped her having a perspective on macro-issues including the violence of the world of the Maras , environmental conflicts, civil rights of the LGBTI community and health system problems. Together with her personal projects supported by various grants and fellowships of the International Women’s Media Foundation, Francesca continuously collaborates with the Wall Street Journal for which she has extensively covered the pandemic of Covid-19 in Northern Italy, then Bloomberg News, The Washington Post, The New York Times, L’Espresso, Le Journal du Dimanche, The Guardian and various important international organizations.

Francesca is a member of the Women Photograph Organization, which is concerned with changing the gender make-up of the photojournalism community. In fact, it aims at greater inclusion of women to ensure that the industry’s leading storytellers are as diverse as the communities they hope to represent.