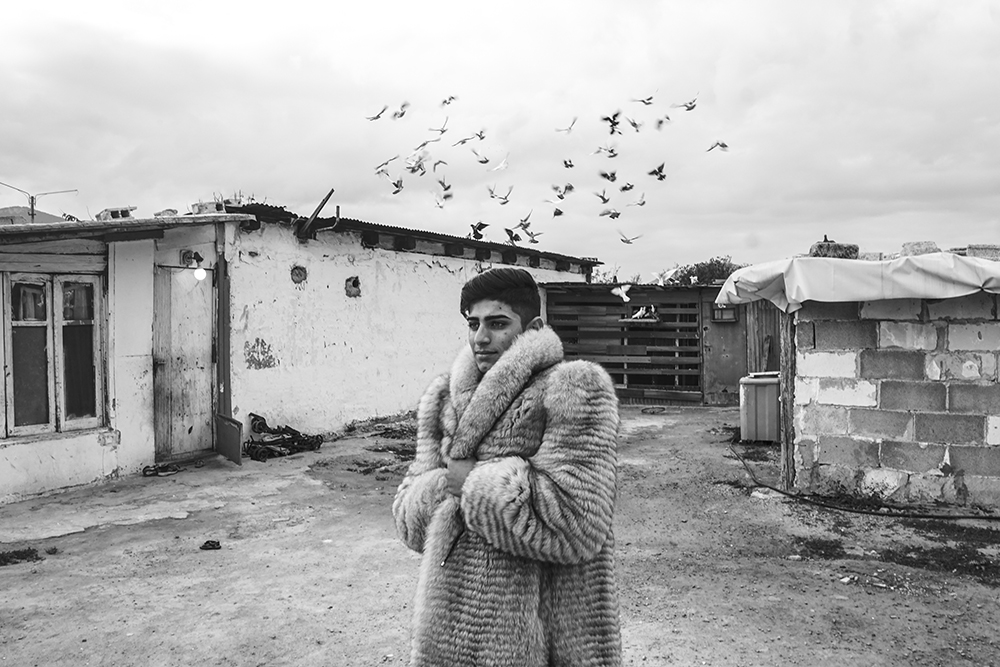 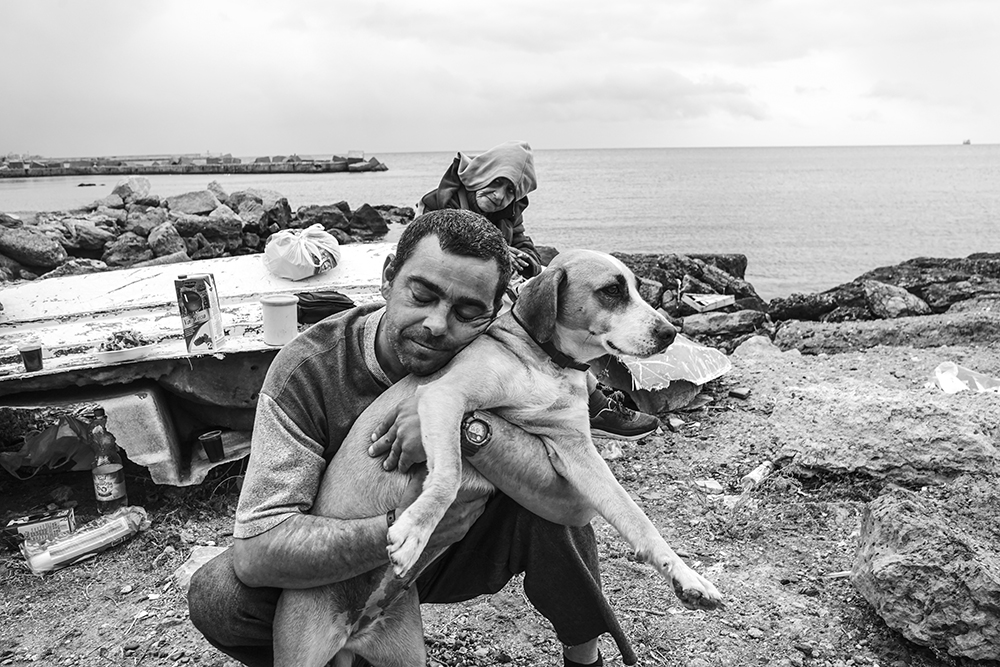 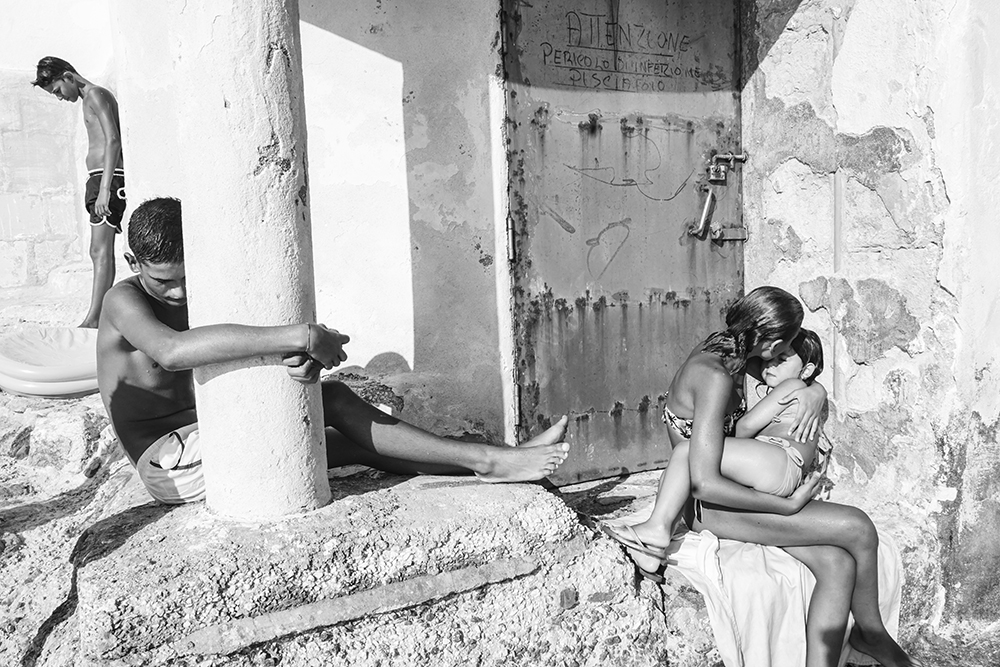 ‘Atlante Umano Siciliano’ (‘Sicilian Human Atlas’): three words that together form a sentence, where each of them has a precise meaning to describe 20,000 kilometres travelled on foot and by every possible means on the less travelled roads in Sicily to form a map of a world too often still and too often, perhaps, a victim of itself, of its insularity complex, and guilty, in Leonardo Sciascia’s words “of not believing in the power of ideas.” Twenty thousand kilometres of borderland, wild, black, made up of abandoned villages, of roads leading to nowhere, and then the sea, from which people go, still from which migrants arrive by boat in search of a dream different from the future they are promised. Then, the Mediterranean, with its poetry and distortions. They are fisty photographs which question the author first, every day, mysterious pictures to which he has no answer except in the journey itself, made up of smells and sensations, encounters and experiences that become, in the end, memory.

Francesco Faraci was born in Palermo in 1993. After his liberal arts studies in Anthropology and Sociology, in 2013 he found his means of expression in photography. He trained himself through the images of the great photographers of the French and American schools in the attempt to renew the language.

At the heart of his work is his homeland, Sicily, which he has travelled far and wide, and of which he loves to describe the cultural crossroads and the existential paradoxes: birth and death, joy and violence, and the loneliness hidden in the folds of modernity. He reserves a special place for the minorities and minors born, grown up and often formed in the deprived and abandoned areas of the cities.

In 2016 he published his first photographic book ‘Malacarne-Kids come first’, published by Crowdbooks and edited by Benedetta Donato, a three-year journey into Palermo’s extreme suburbs, which received the second prize in the photo book section at PX3 in Paris and MIFA in Moscow.

In 2017 he published his first novel ‘Nella parte sbagliata della città’ ‘(‘In the wrong part of the city’), published by Leima Edizioni. Two of his photographs were used for the covers of Saviano’s novels ‘La paranza dei bambini’ and ‘Bacio Feroce’ in the Dutch edition.

In 2019 he took part in Jovanotti’s tour ‘Jova Beach Party’ to create a reportage that, starting from the concerts, could offer a snapshot of Italy today. Rizzoli published the work with the title ‘Jova Beach Party: Chronicles of a new era’.

In 2020 he published for Emuse the ‘Atlante Umano Siciliano’ (Sicilian Human Atlas), the written and photographic account of a three-year journey in Sicily.

His works have appeared on The Guardian, Time Magazine, The Globe and Mail, La Repubblica, L’Espresso, Le Monde, Libération, VICE.